This is how I'm feeling right about now.

Trying out a quick tablet app mentioned by my tutor

As my first artefact for my research project I am looking at the conveyance of emotions through static poses, in particular, what elements of the body are the key indicators used when discerning specific emotions. I've produced a series of images using a faceless character, posed in an attempt to convey different emotions. Using a focus group as well as some other minor groups I will ask for peoples opinion on the specific emotion being shown and what gave them this idea.

The 14 images made for this project using the MooM rig (http://www.creativecrash.com/maya/downloads/character-rigs/c/moom-v4-0-3-by-ramtin) with a slight alteration to conceal the face: 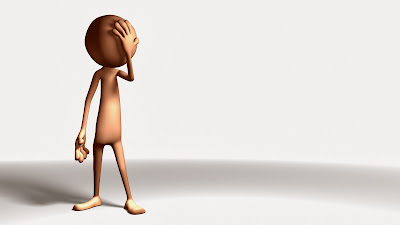 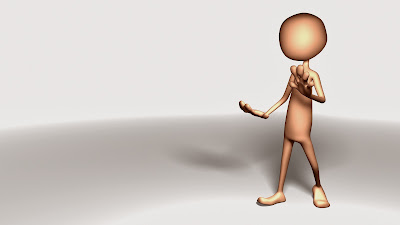 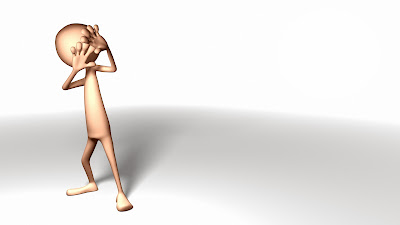 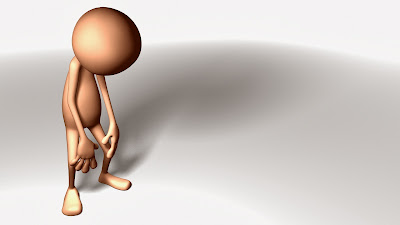 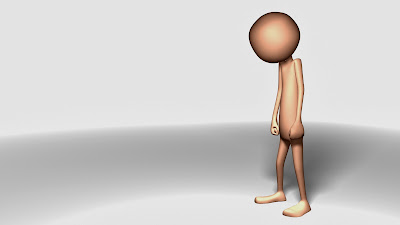 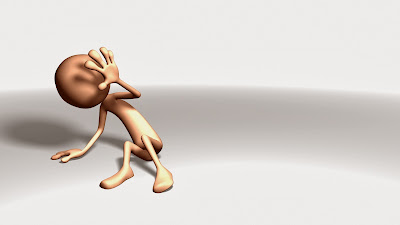 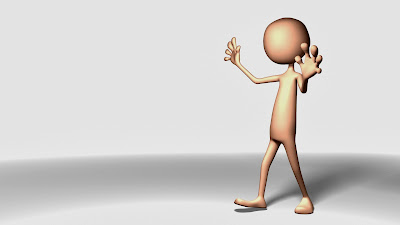 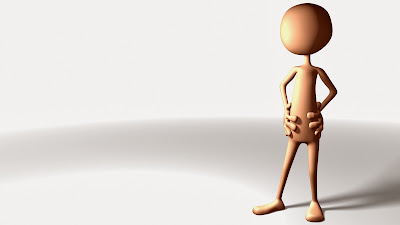 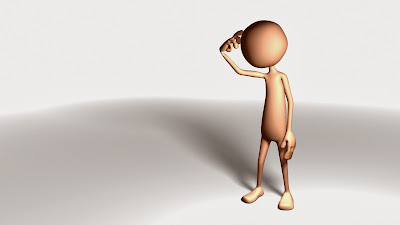 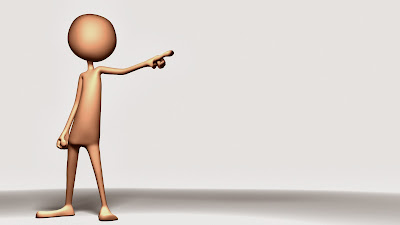 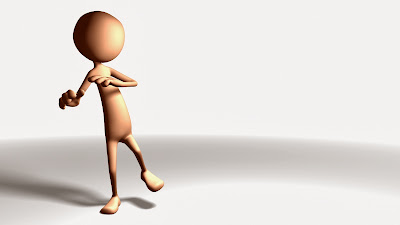 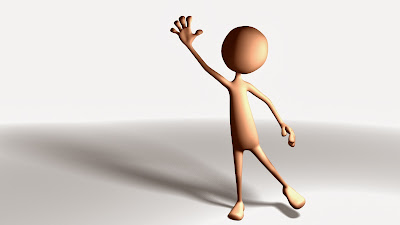 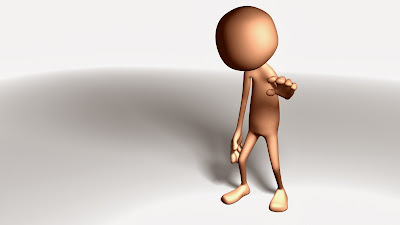 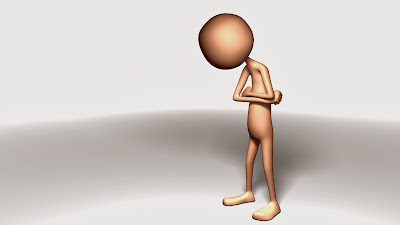 Quick update on my current university project. Still quite a bit to do, but the core part is just going to be modelling the parts. 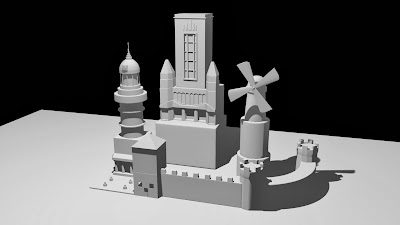 The previous 3 studios listed are all smaller scale studios that focus more on advertising and commercialized projects, however my long term goal is to work for a company that solely focuses on story based projects. The following all were major influences on my decision to do animation and achieve there level of work, that being high visual and animation quality works in the form of cinematics most of the time.

Email ThisBlogThis!Share to TwitterShare to FacebookShare to Pinterest
Labels: Context 3

Laban Movement Analysis (LMA) is a system looking at describing movement in a precise manor for the purpose of teaching and understanding different aspects of movement through observation as well as experience.

LMA states that every movement can be described through the following categories:
-Body
-Effort
-Space
-Shape
-Relationship
-Phrasing

Looks at movement of separate body parts and their relationship.

How the body concentrates its exertion while performing movements.
The appearance and style of a movement can change depending on the characters inner involvement and personal preference. (Depending on how someone feels towards something effects the level of effort they put into a movement involving it)
Analysis and conscious use of effort is an important tool to observe, label and expand nonverbal expression.

The location, direction and path of a movement.
The relationship between someone and their environment.
Uses the five Plato solids as models for personal space (kinesphere).

The changing forms the body makes in space.
Observation of shape changes can lead to understanding of a characters affinity/disaffinity towards their surroundings.
For example: Extending a hand in greeting can have its meaning altered if the character were to lean forwards at the same time.

The modes of interaction oneself, others and the environment.
The relationship between a character and others can be conveyed through how they position themselves.

In reference to the other aspects this is how a movement is structured and stressed by someone to discern a pattern. (Possibly give a trait to a character in how they move, making them recognisable to an audience?). 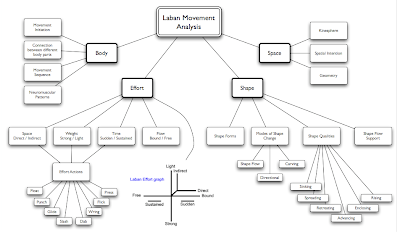 Looking at the LMA will be a huge factor when considering the different elements of my research project as it primarily focuses on expression through movement and uses methods to articulate and measure its effectiveness.
Its breakdown of each area of movement will aid in the production of my artefacts, giving me more aspects to experiment with to give a different effect.
Posted by Nick Rood at 12:02 pm No comments:

With some feedback from my tutor I have been reconsidering the final form of my scene.

My original design has the unfolded cityscape in a squarish block on a mostly flat plane, lacking depth and the impressive appearance I intended.

Directed to look at the Disneyland castle for reference, this has a much more grand look with numerous towering spires and a 'completeness' about it that has all of its elements fit together. 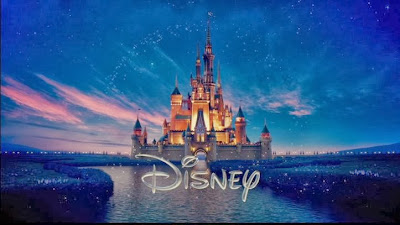 The triangle shape it forms, thinning as it reaches the tip of the central spire, is a good reference to follow, containing most of the elements in the central area and including much more height within the overall shape.

My original design already featured spire-like structures that are its key parts, so keeping these but adjusting there positioning and connection with the rest of the structure will hopefully achieve a much more impressive form that will illustrate my idea effectively.

Some other images I found that have a similar spire structure or interesting design. 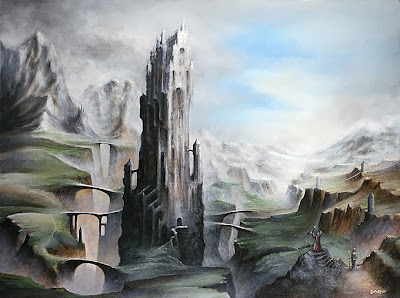 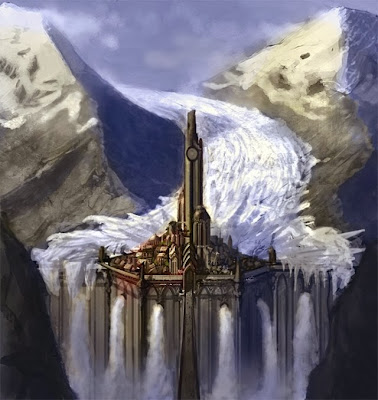 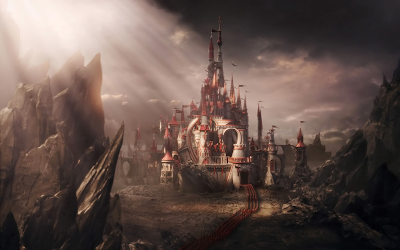 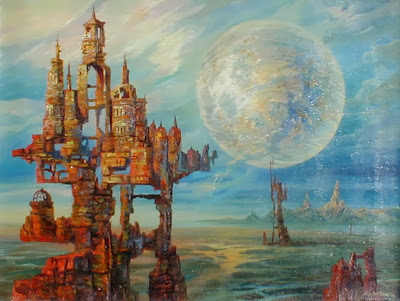