Over the past couple of weeks I have had minor developments on my visual essay project with a number of ideas being considered, reconsidered and then scrapped due to unimpressive results or the inability to achieve them at my skill level.

Even with this I have made some progress in refining my concept of how I want my animation to look. Firstly I know that I want to take the opportunity whilst working on this essay to improve my ability with 3Ds Max and gain a better understanding of the areas I haven't had much contact with.

I know for my animation I will have a single background scene following a steampunk theme as this will be very mobile and active, allowing me to experiment with animation and particle effects such as smoke/steam in 3Ds Max.
To implement a way of showing video and images in my animation that fits in with the whole theme and doesn't appear out of place I have designed and started modelling a small, flying robot that shall be attached to a TV monitor floating around the scene. This monitor shall take focus when necessary to display video footage and have also considered other mechanisms that can enter the scene to show images rather than overlaying them directly onto the screen. 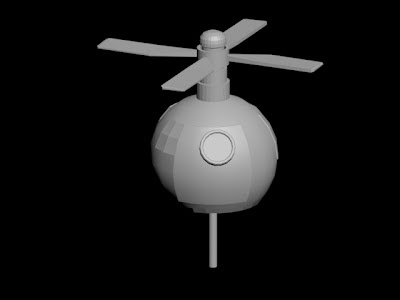 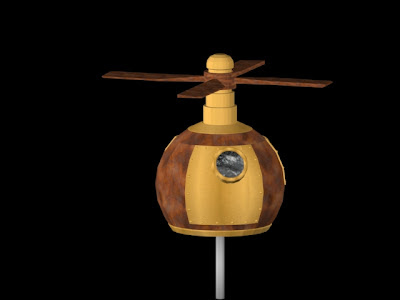 For my introduction I have looked at a couple of different possibilities involving animating the text in someway. My original intention was to have the text be formed from separate shapes, using the 'Morpher' tool, in a similar fashion to the Transformers title sequence, however I wasn't pleased with the finished result so, looking at other methods I could use, I followed a tutorial to produce an effective exploding text animation utilizing a number of different tools including particle effects and forces such as gravity. I am much happier with the end result and believe that this will be perfect for the introduction to my essay.

The only points I am still considering are musical accompaniments for the intro and other parts of my animation, as well as the level of texture detail I am going to attempt, as I want it to be a high quality scene with a number of animated parts.