In The Style Of - Final Idea and Character Designs

Whilst not having posted anything over Christmas I have made good progress with my latest university project.

The project titled 'In the Style Of'' requires me to produce a 1 minute promotional trailer for a revamped version of a children's cartoon in one of three styles.
The choice of cartoons were: -Paddington Bear;
-Teenage Mutant Ninja Turtles; and
-Roobarb and Custard.

Having the least knowledge and personal experience with Roobarb and Custard I decided to choose this one as it meant I could approach it in an unbiased manner and focus purely on what I found in my research.

The styles we could choose one were based on animations produced by Studio AKA and Passion Pictures.
-The Lost Thing
-Lost and Found
-Varmints

Of the three styles I loved the look and feel of 'Lost and Found' by Studio AKA.

The bright colour tones and painterly look makes some of the scenes really vibrant and the general emotive way the music and story work together drew me towards in when I was choosing.

Whilst the visual style might not be as abstract as the other two options I like the fact nothing has straight lines in a scene and each element has its own unusual look to it that takes it away from fitting into the normal world.

With both initial choices made and research into them completed I did a lot of deciding for a suitable story or route for my animation to take. Originally working with the concept of having both the dog and cat characters with a much more humanoid look to them, designing them with this in mind. 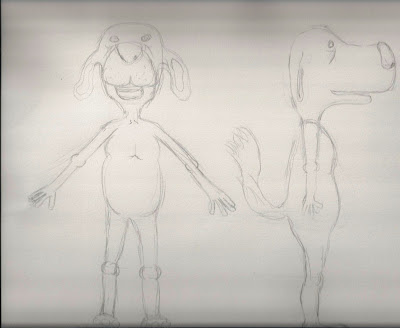 Even though I liked the look this character had to him and felt he was very defined, after furthering a suitable story line I had to redesign my characters with them being quadrupeds  having my story being a prologue to the cartoons of Roobarb and Custard being a puppy and kitten. 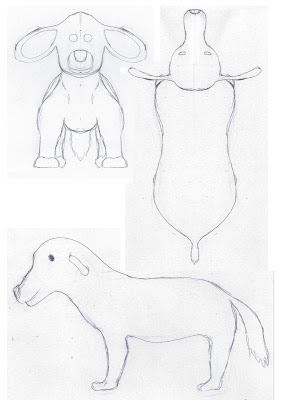 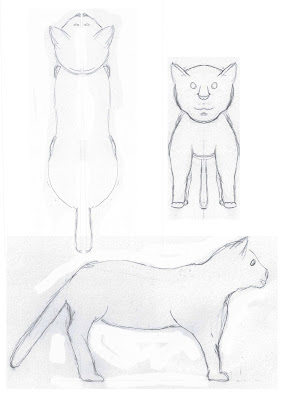 New character designs with them as quadrupeds. 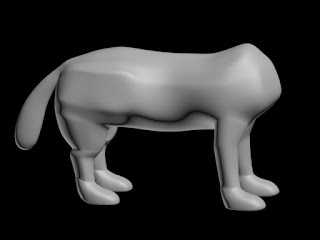 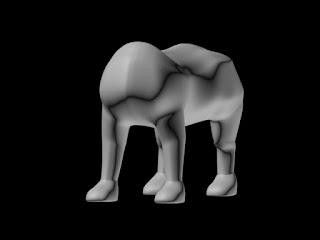 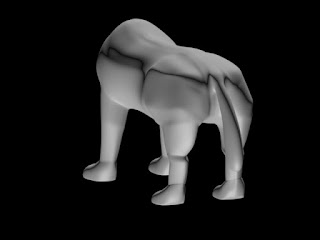