From my first seminar on 3Ds Max I experimented with producing a ruined terrain piece that could be implemented into a post apocalyptic environment. From this test I found it easy to manipulate the object and shape it to give it a damaged appearance. 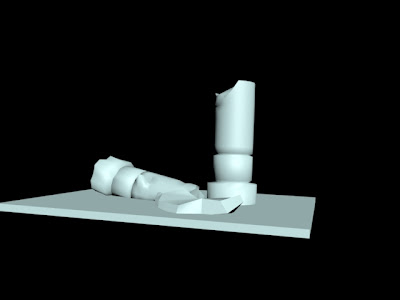 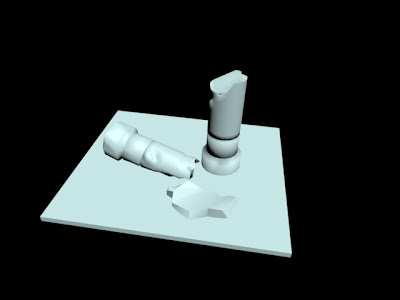 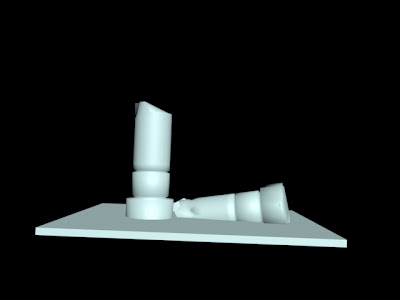 One intention I had when animating my scene was to give my camera a head bob effect as though you were looking from the perspective of my character, walking around the environment, making it appear more natural. By constraining a helper to a path and link the camera to this helper I was able to alter the z-axis at intermittent points to make it appear as though a character was jogging or walking quickly. 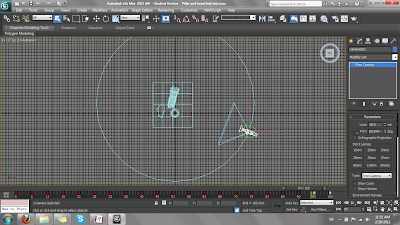 By altering the gap between the key frame points I could speed up or slow down the head bob to a desired pace, making it appear as though it's the first person perspective of my character walking through the environment.
Posted by Nick Rood at 11:38 am