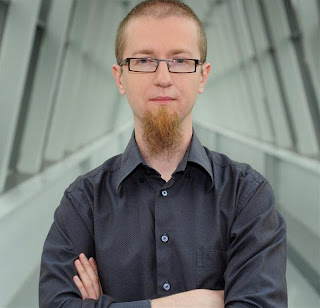 Originally coming from an architectural studies background, Bagiński left this field to make movies. His first movie Rain (1998) won some local based awards that moved his career to working with Platige Image; a Warsaw based post-production company focusing on advanced animation and special effects for films. His first short film, The Cathedral (2002), took him three years to produce and received first prize at SIGGRAPH, an annual conference attended by computer professionals, held in the United States.
Fallen Art (2004), Bagiński’s second short film received several awards including another at the SIGGRAPH festival in 2005, making him the only artist to have received two main awards from it.
He has done a variety of other works including more short films and game cinematics as well as commercials for a variety of different companies.
His current project is a feature length film entitled Hardkor 44, a steampunk/ fantasy based story of the Warsaw Uprising.

From looking at his works I see some common themes within them. The environments he creates are always quite surreal and might have some inspiration from his architectural studies with the level of detail and design that they take, giving them sense to the structure, whilst still having an unrealistic appearance. In his films there is always a great deal of emotion effectively conveyed that grips the audience and makes them more than just a visual piece, but thought provoking as well. The works I have seen all have a deeper underlying message that is not apparent until there dramatic end, making them seem light hearted and comical at first e.g. Fallen Art, but have a moment of strong emotion through a combination of the visual and audio used that portrays the reality of the situation within it.

The main reason his work is both the level of detail as well as the effect it has on the audience, something that I hope to achieve in my own work by having it compelling and have an underlying message. The surrealism of his characters and environments is something I also like with it always having interested me and been something I have personally wanted to create.