Drown To Life from Mauro Affronti on Vimeo.

The main thing that appealed to me about animation are the characters themselves. Their exaggerated features that make their role in the animation instantly recognizable if something I find to be very effective in quickly giving a personality to a character in a short space of time. I can see similarities between this style and that of Pixar studios characters such as the Incredibles. 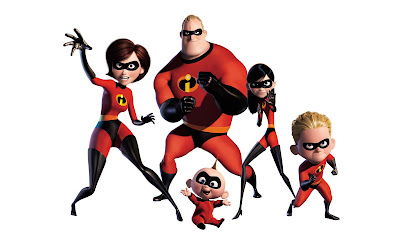 Each character is recognizable for their individual physical appearance that in some cases is exaggerated to make it abundantly clear. This aspect of producing characters that are visually interesting and stylized in a caricaturist manner is something that has always appealed to me. One reason for this is their simplistic design that has a sense of humour to it, coupled with the animating style that complements the characters appearance with an exaggerated movement style that suits the visual style as a whole. For example, the Drown to Life animation has two characters, the small child character that has a scrawny body with a large head. His movement is very quick and nimble, which is something expected from a character of his style. Meanwhile the other character, the large, angry man has a much bulkier movement to him that reflects the character being big and overweight. However, even though both characters are very different in terms of their physical design, they both also move in a slapstick manner later in the animation with them bouncing around, fighting each other.

This other animation also uses this exaggerated style for its characters, but also utilizes it for the environment and structures as well, with very elaborate contraptions and rickety tower buildings that would be impossible in reality. The emotion conveyed, much like the first one, is done very effectively without the used of words, but rather the facial expressions used. In the first animation they are all very exaggerated and comical and compliment the theme of it, however in 'Fallen Art', the second animation, each characters facial expression is much more detailed and realistic with slight sighs or audible cues narrating their emotion as well.
Posted by Nick Rood at 12:47 pm