Over the last week I have put the majority of my time into my website project with that having a much sooner deadline, but with that now finished I have jumped right back in to 3DS Max and got back to work on my robot.

I am now at the stage where my robot is almost complete with both arms rigged and just some final touches and finger attributes needed to be added to the left arm.
One adjustment I have made to my design was the left arm. After looking at more of the video tutorials provided and experimenting with some rigging myself I have altered my left arm from have two sections, an upper and lower, to three, giving it much more flexibility and possibilities when it comes to the animating. 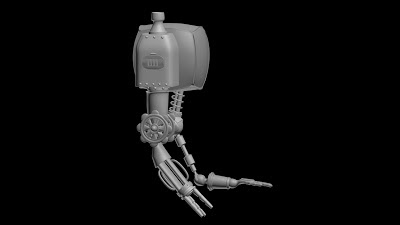 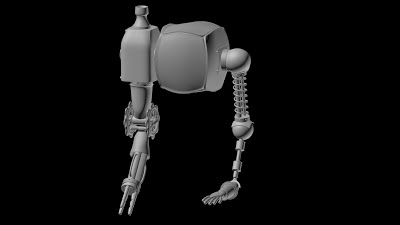 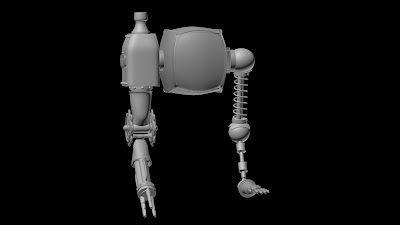 As well as finishing of my main robot I have almost produced its opponent, a simple damaged hand robot.
The main challenge that this robot will produce is animating it. I intend it to walk on its fingers with the wrist and lower arm section that remains positioned vertically above it, similar to 'The Thing' from Addams Family.

To get it much more smoother animation effect and more control over it I have given each finger an IK solver that will let me pose it and move it in a much more precise manner, over applying standard attributes like the main robots fingers.

Below is a quick test to see how it looks animated and planning out timing for how it shall move around.