For my Steampunk robot project I have been looking at a lot of means for each element of it to connect to each other. After a number of sketches and different ideas being tossed around I looked at Portal 2, in particular the robot 'Atlas' for how his arms have been attached to his body. 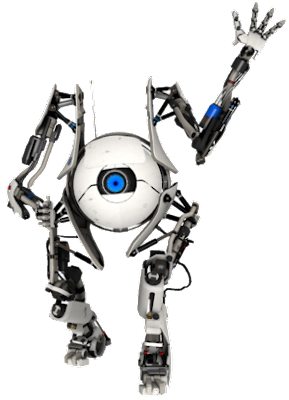 His arms appear to be attached by a set of tubes or hydraulic pipes that would most likely allow it to recreate more realistic shoulder movement.
From this I decided to incorporate them into my own robot with it having pipes connecting to the arm that would both allow for a realistic movement as well as passing fuel or other product down the towards the arm if it were in fact a fully functional robot.

Upon deciding this I then had to work out a way to animate this correctly with each of the pipes moving realistically with them deforming and flexing slightly like really pipes.

With some help I came across the hose tool which would allow me to make just what I had intended with each end of the hose being attached to a 'Point' helper object that would in turn be linked to the shoulder segment and body.

Having done this I produced a few viewport grabs to ensure it worked correctly and gave the intended look.

Even though I am happy with the final result I intend to still experiment with a more effective way of creating this effect, looking into what I can achieve with linking and other tools.